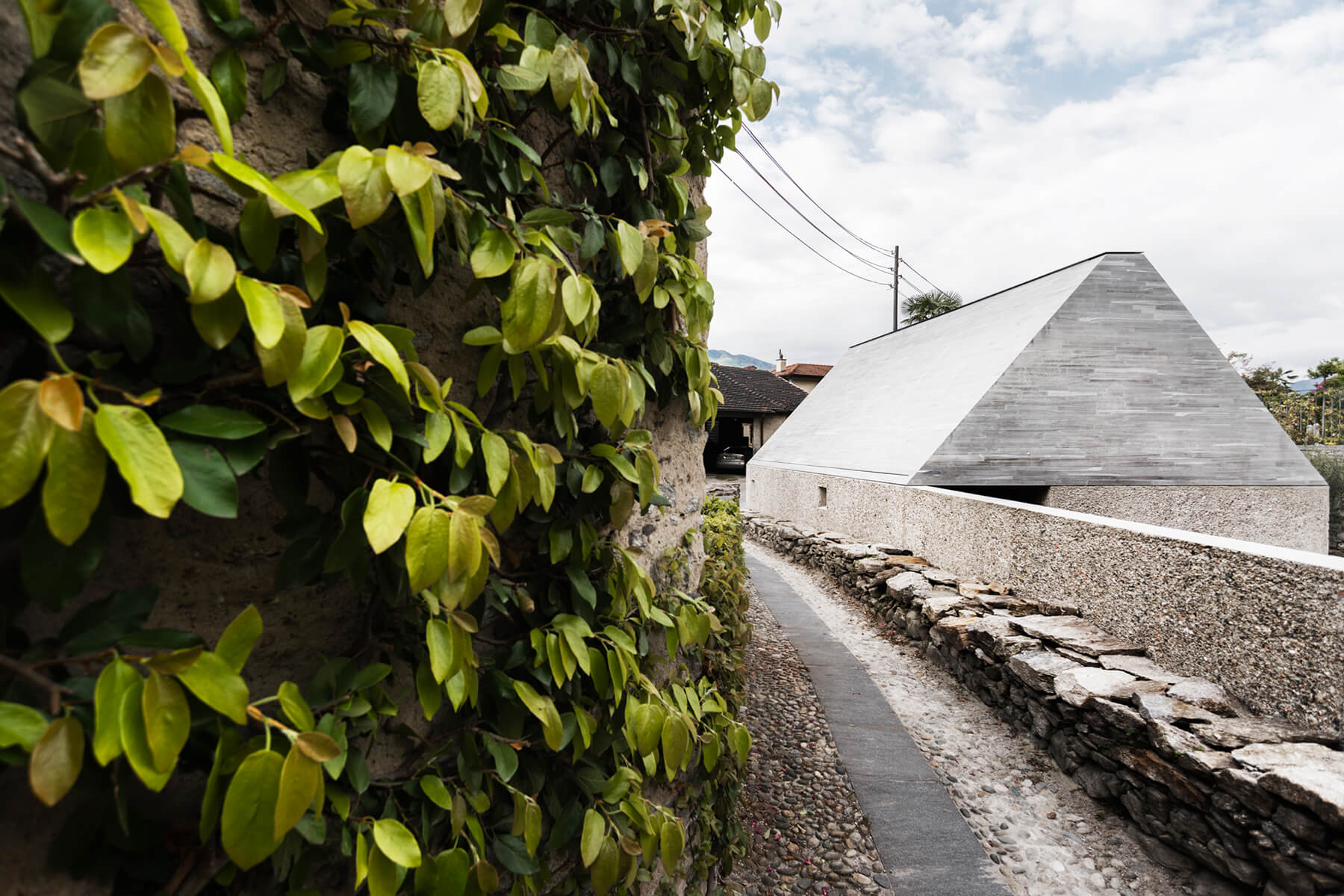 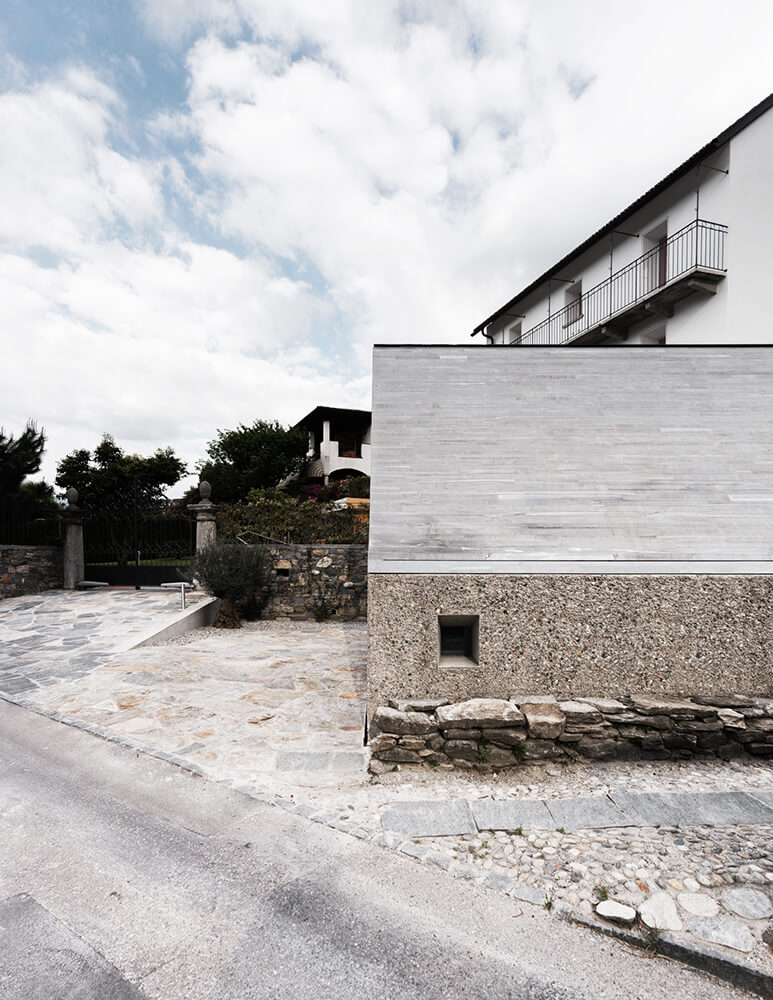 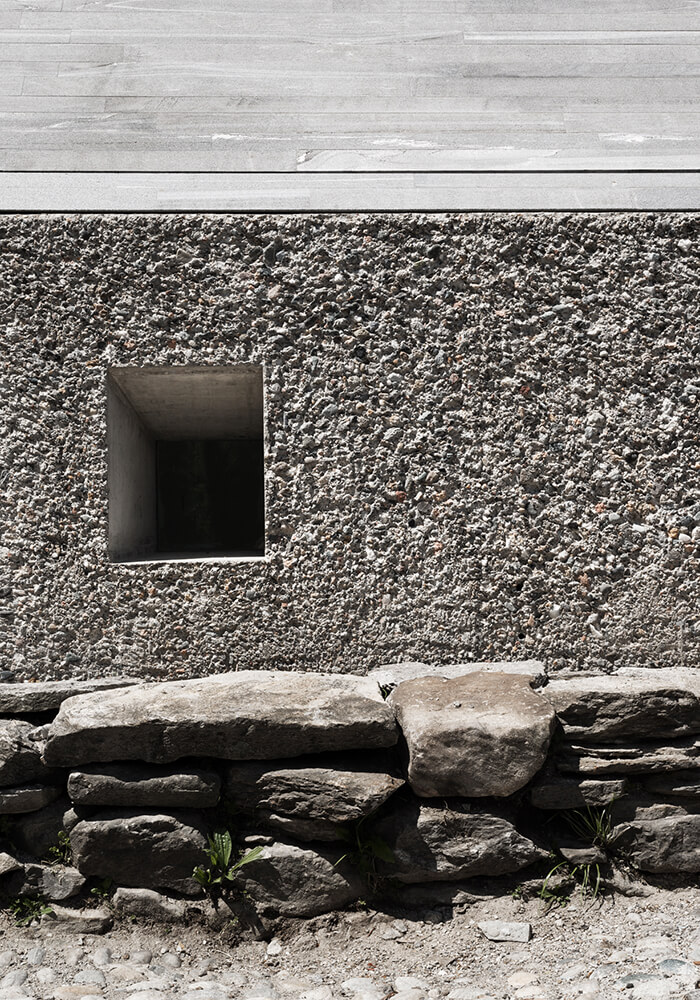 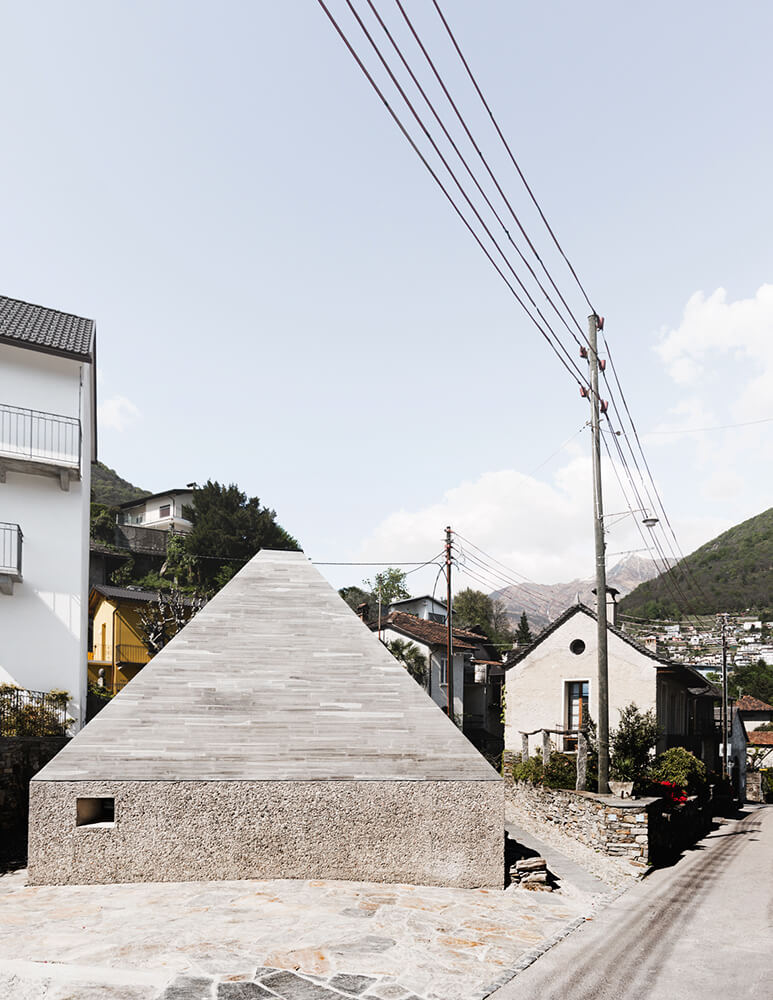 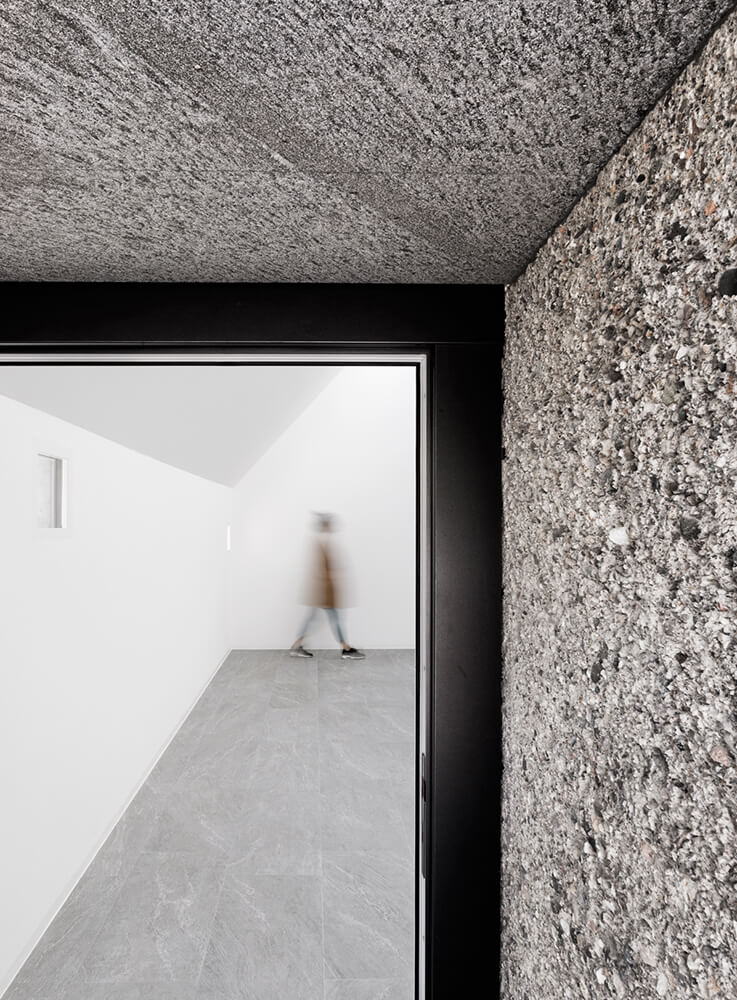 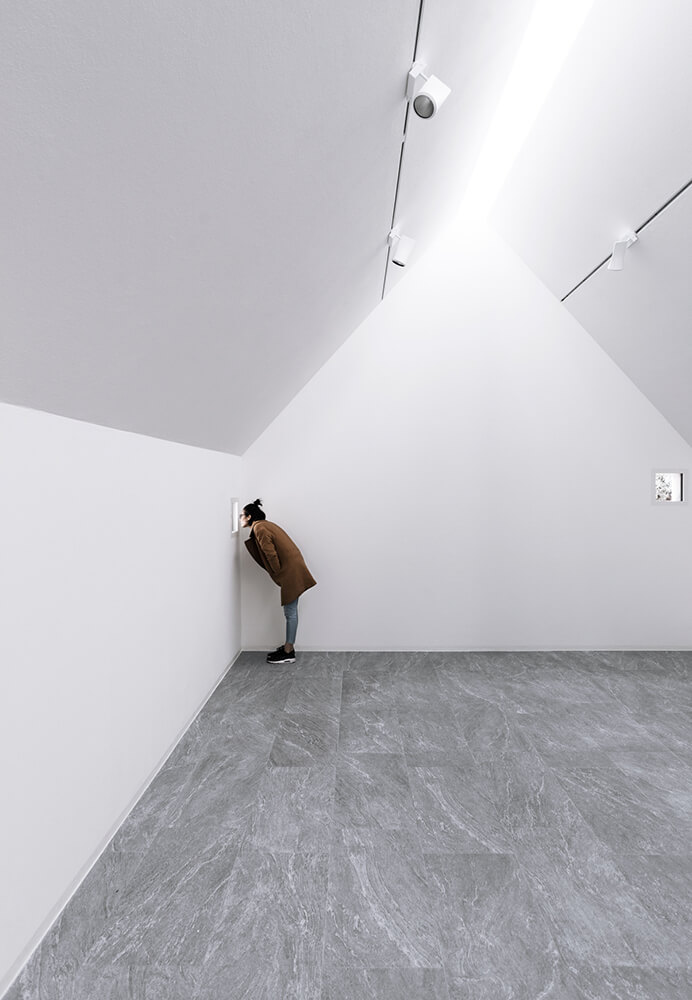 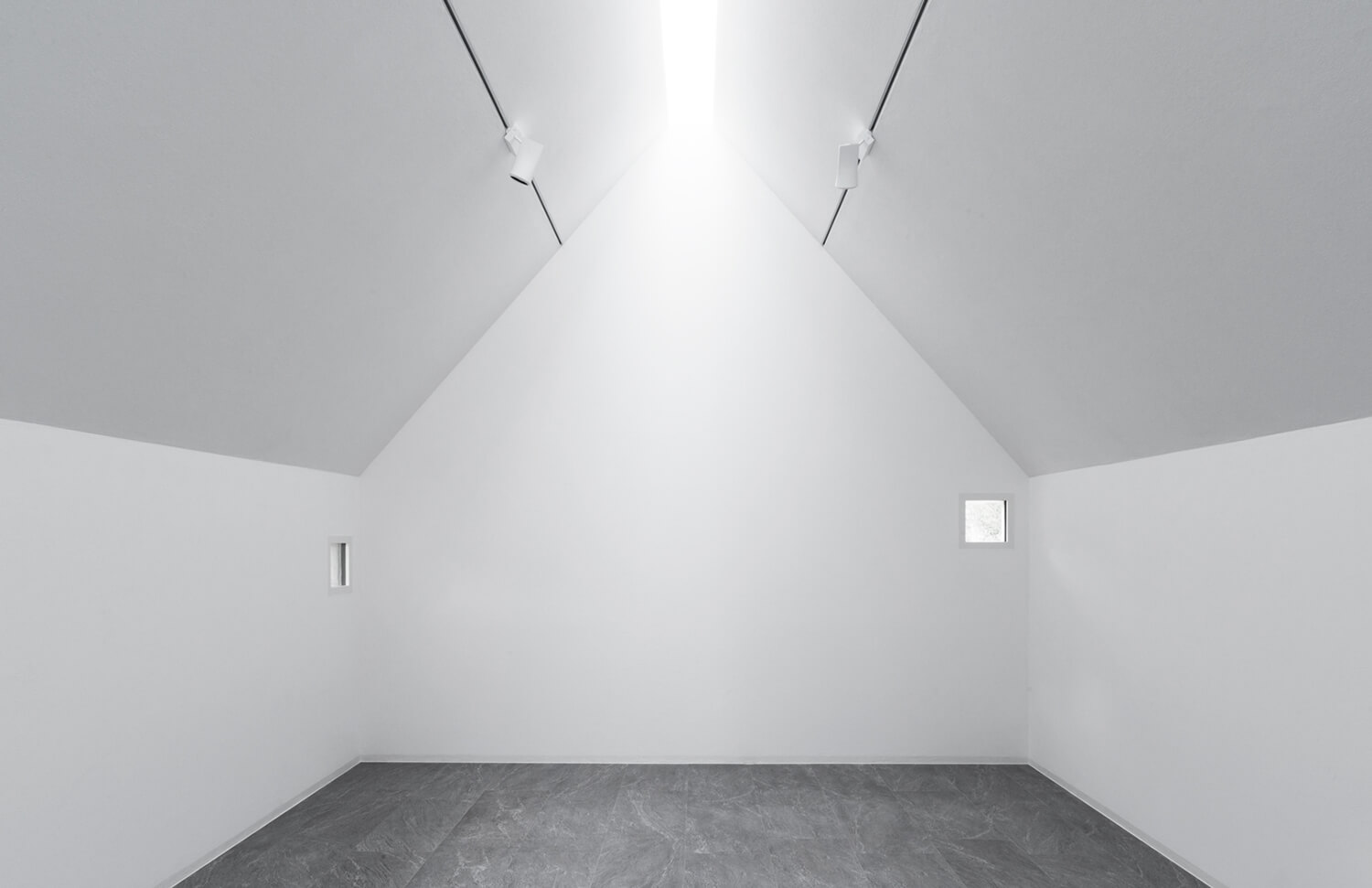 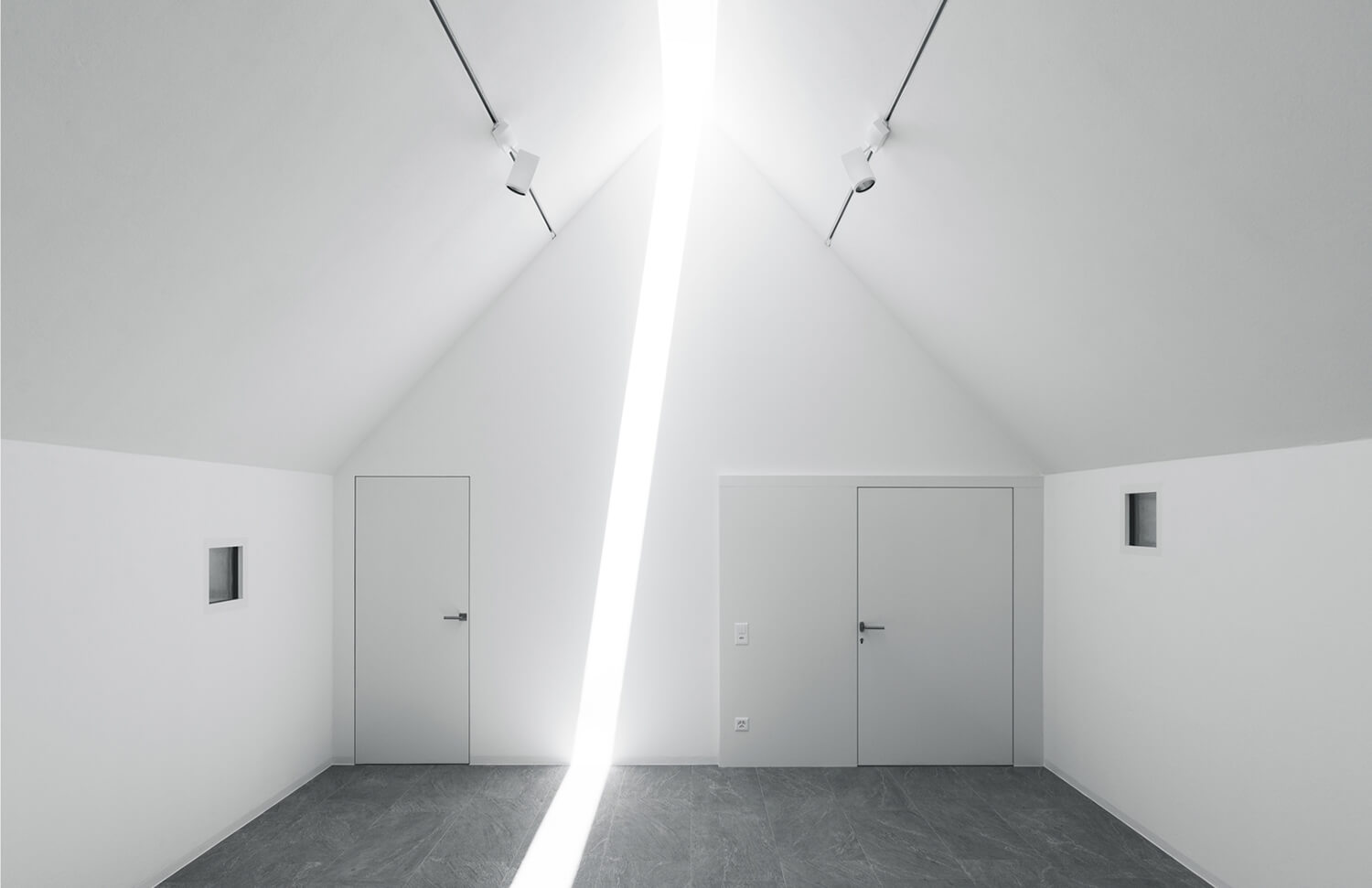 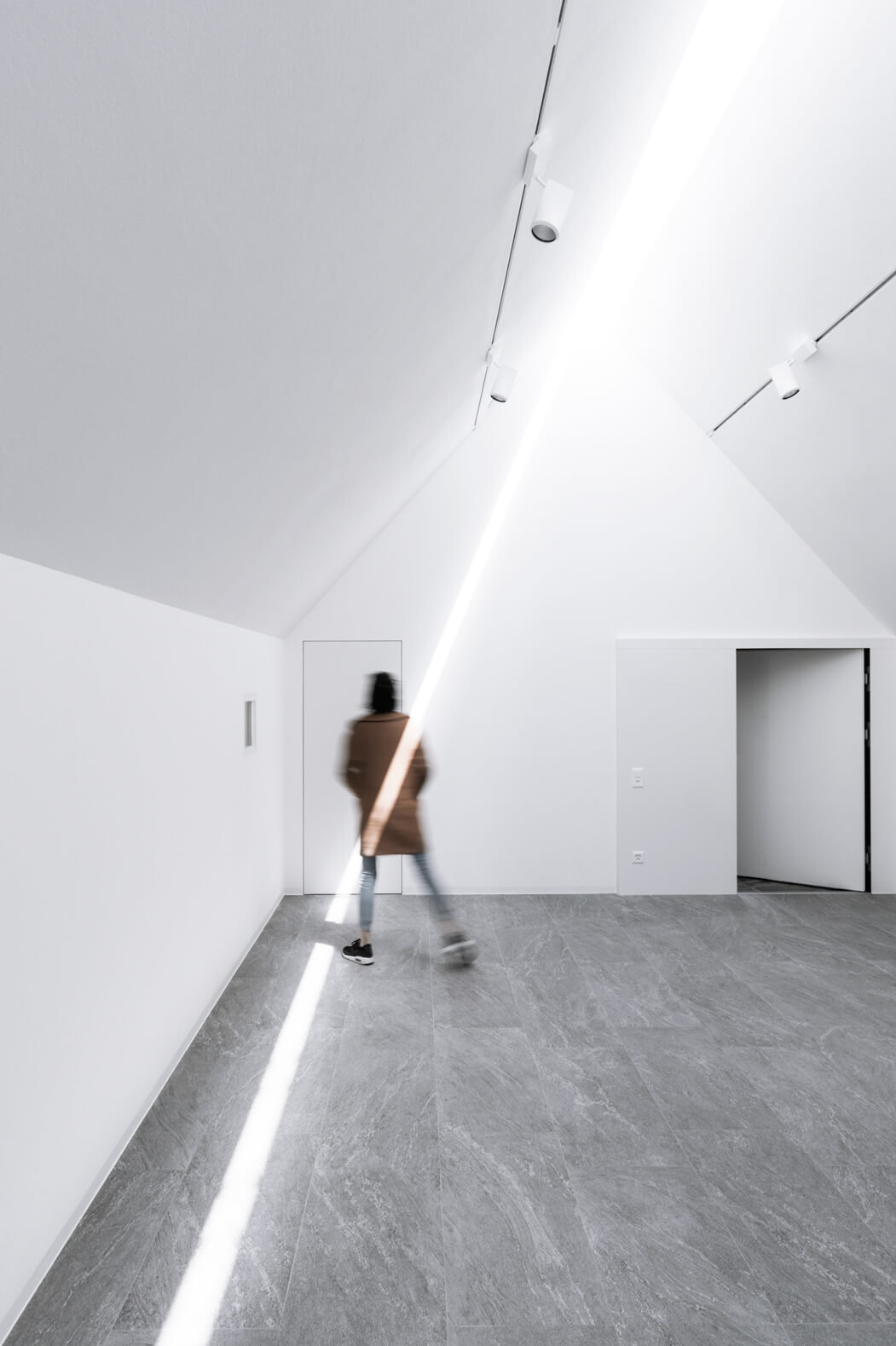 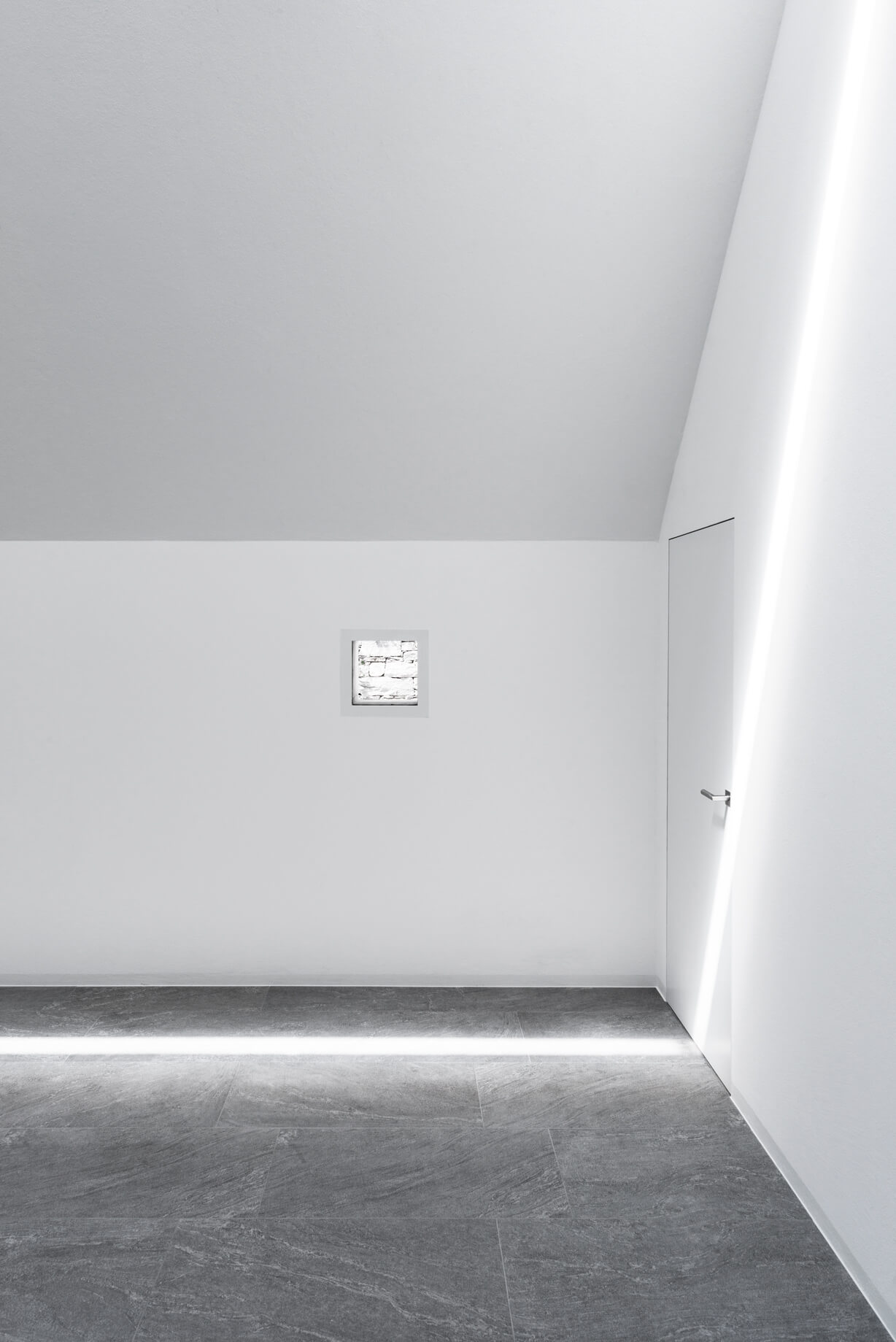 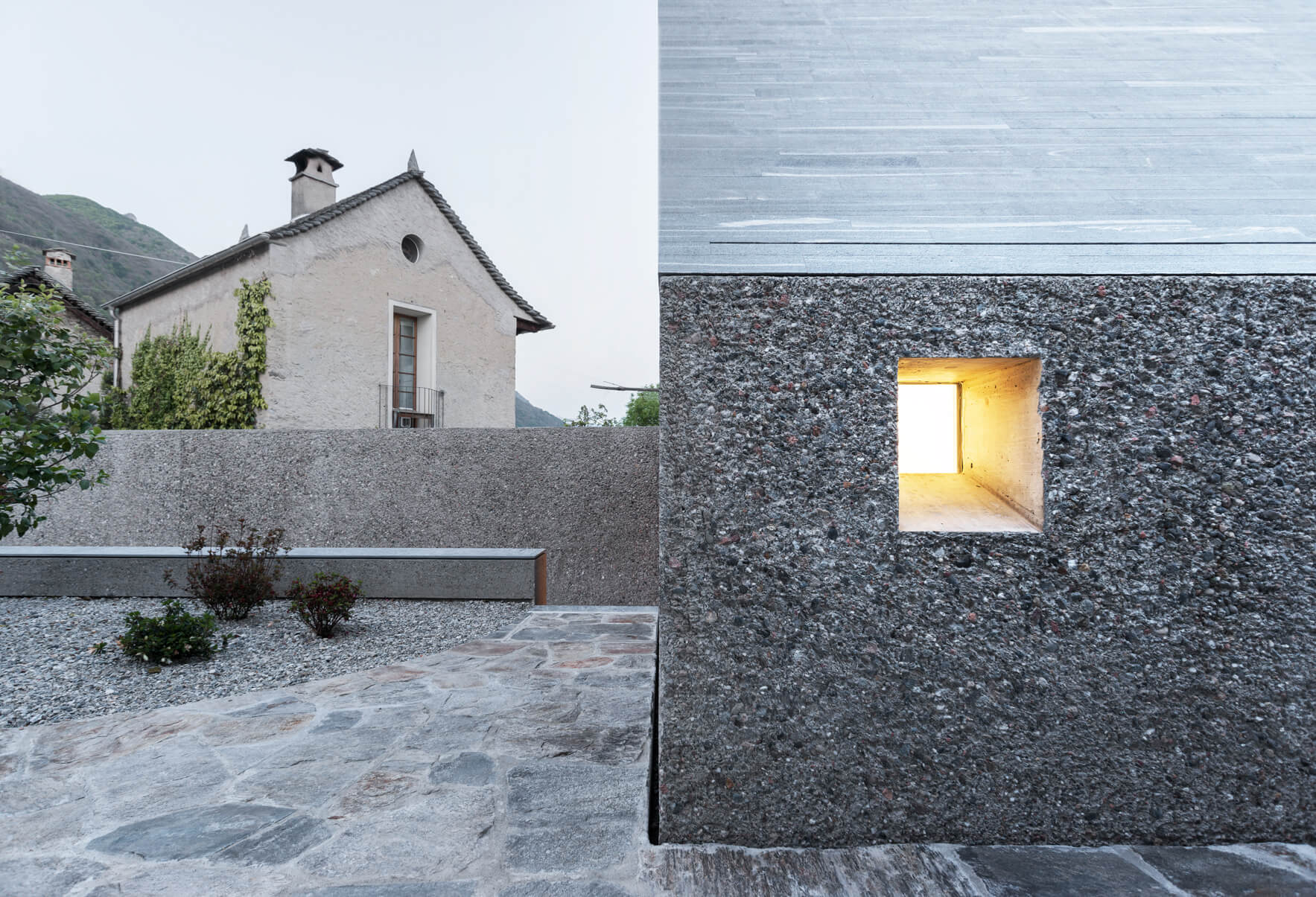 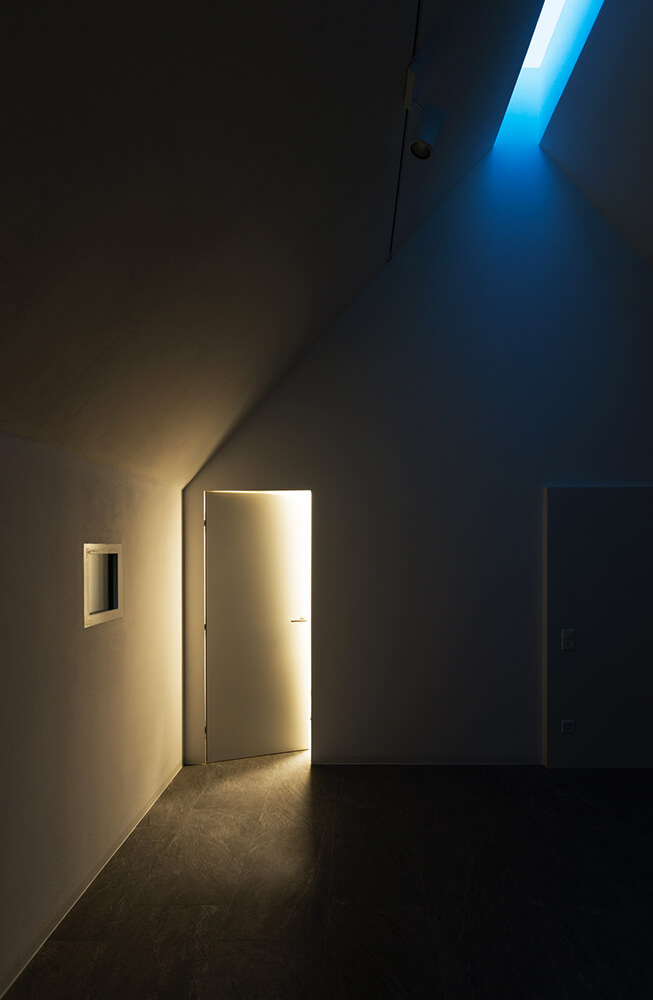 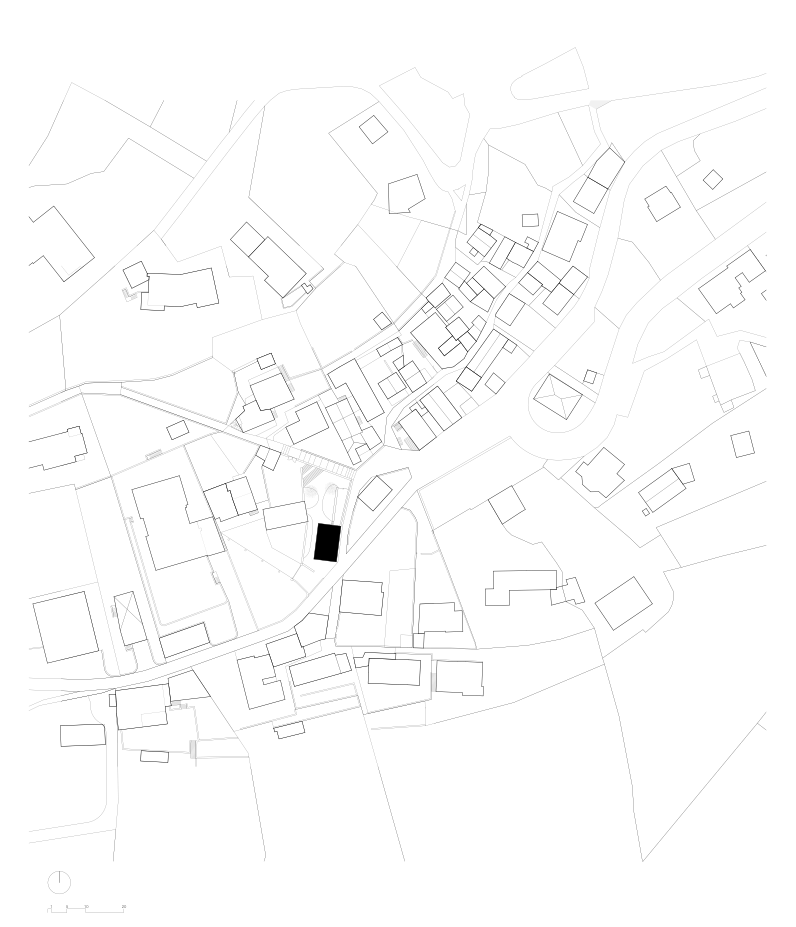 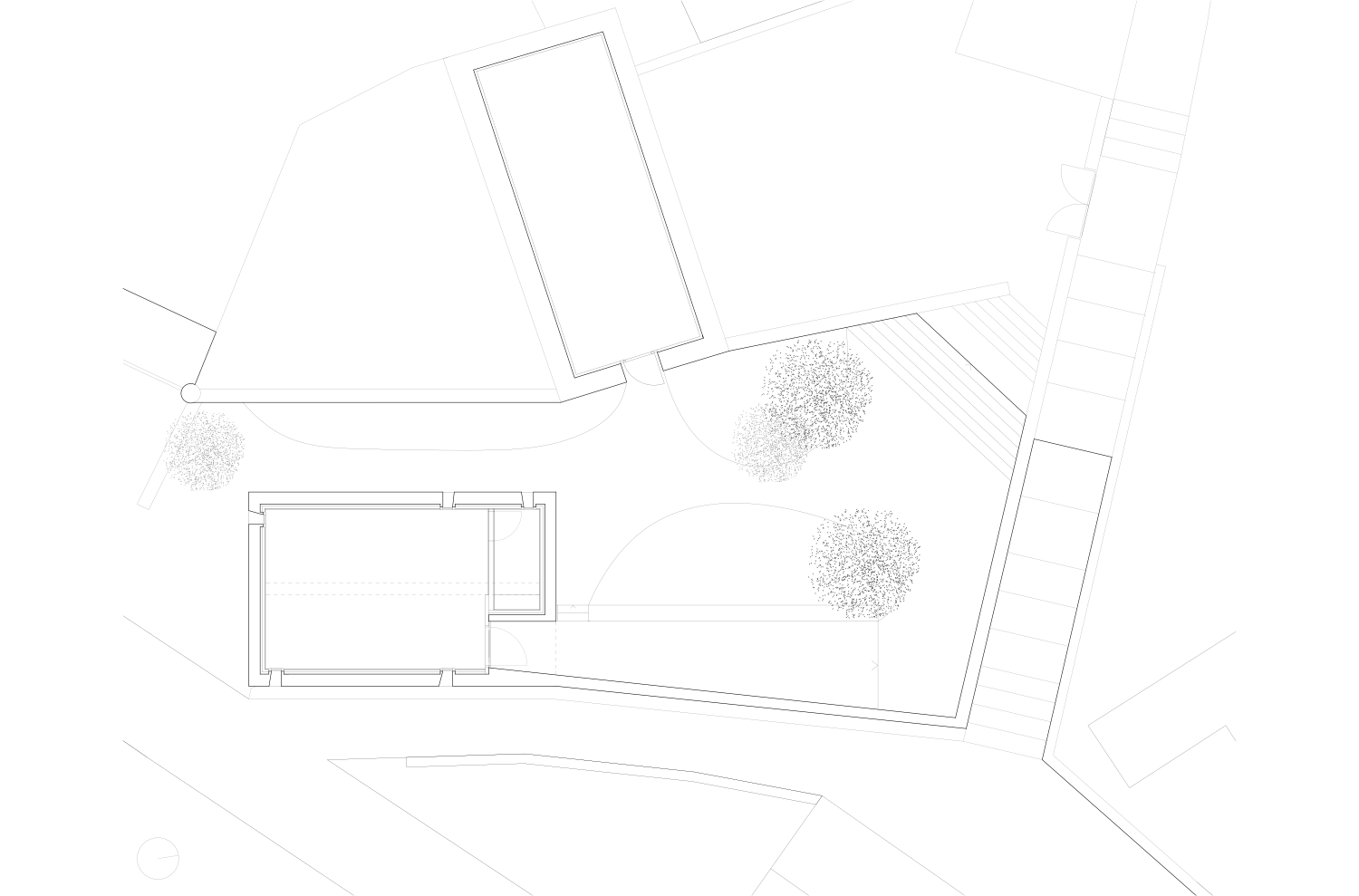 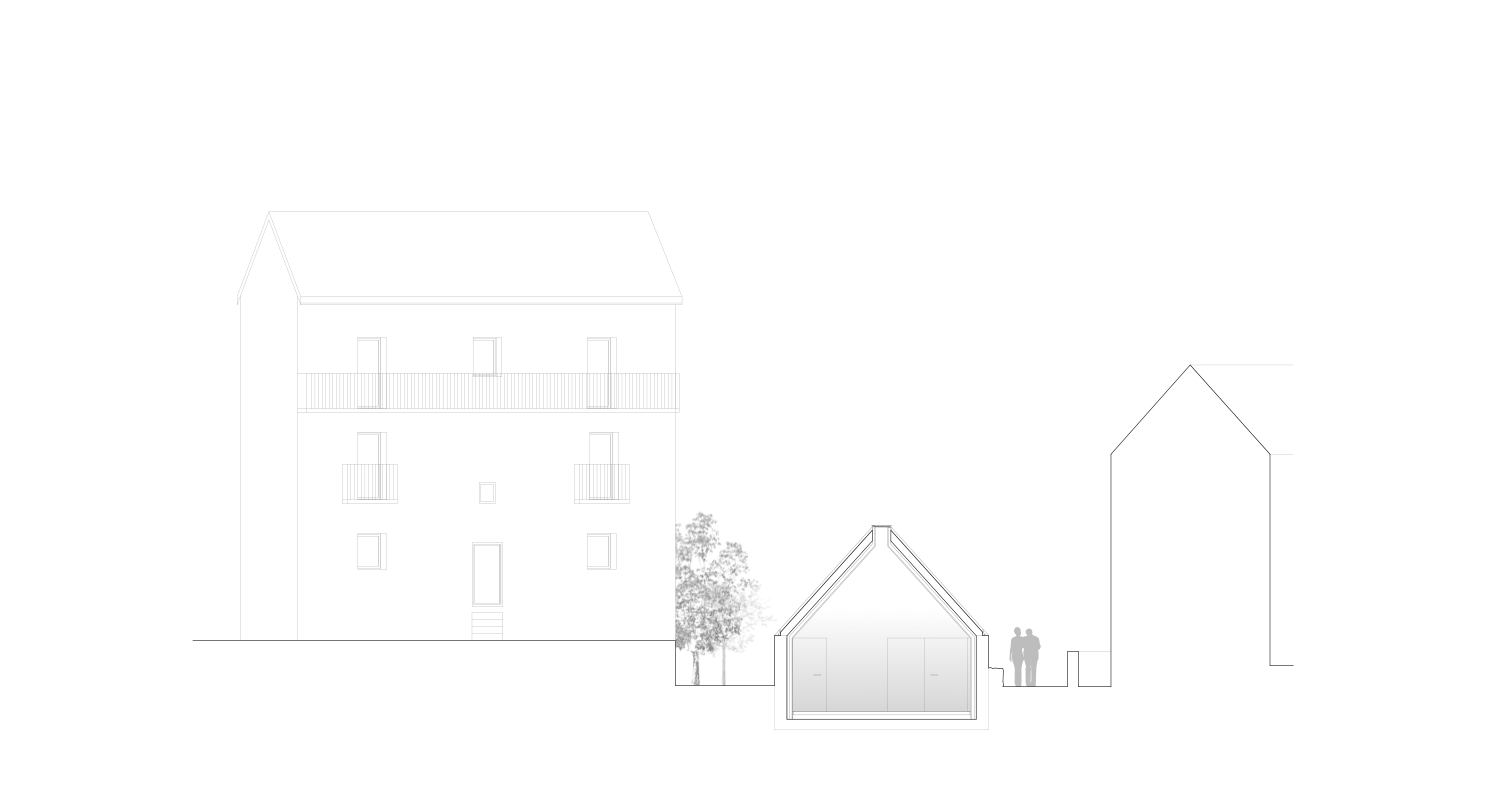 MeCri Museum began with the dream of a 80 year old woman to realize a museum in memory of her father Aldo Crivelli, who was a famous archaeologist and painter of the southern Swiss region of Ticino, and her daughter that passed away at a very young age. The idea was to refurbish an existing building in her beloved old town of Minusio and convert it into a museum to display the artwork of her father and other artists. After years of searching, our client bought an old house of the XIX century in a protected area and our studio was contacted in 2012 to start on the project; its first step was completed in 2014 with the refurbishment and transformation of the existing building (cfr. Museo MeCrì)

The extension was planned in 2012 and realized in 2016. The intervention leaves the existing stone walls (protected by regional law) untouched. At the same time it creates a dialogue with them, through materiality and by recalling their existing height and length. As the old stone walls degrade through time, the new concrete boundaries will stand on their place. The concrete was washed in order to create a finishing that integrates with the context. The walls of the intervention define an inner courtyard thought as a void that connects the two parts of the museum MeCrì.

A pitched roof that is integrated in its surroundings, thanks to its form and materiality, covers the new exhibition room. The 9m skylight crowns the top of the roof and creates a mystic atmosphere in the interior of the pavilion. The monolithic mass of the roof is strengthened by the use of local stone as a cladding. It’s a gneiss stone from the Vallemaggia region nearby Locarno and the construction site. It clearly recall the old stone roofs that surround the site thanks as well to the way the cladding was placed; it’s done in striped and the cut was done using a technique that leave the cut part of the stone visible on the exterior (“controvena”). The use of stone allowed us to combine a formal expression which we find appropriate with the functional need of waterproofing the pitched roof.